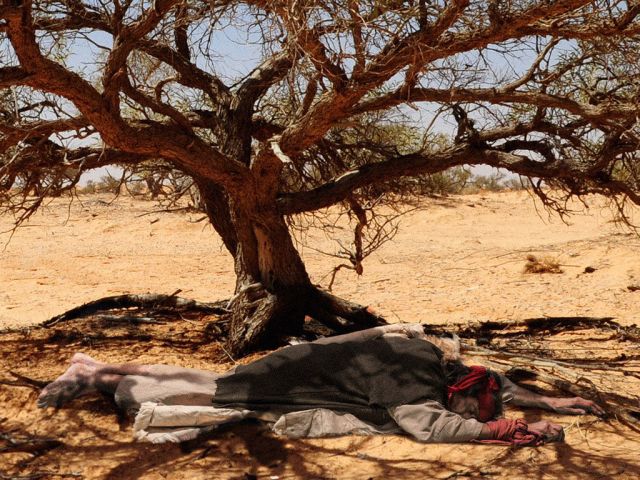 “I have had enough, LORD,” Elijah whined as he dropped under the broom tree, “Take my life; I am no better than my ancestors” (1 Kings 19:4).

What was it that reduced a powerful man of God to a sniveling wimp cowering in the caves of the Mid-Eastern wilderness? He’d just come off an astounding victory against 850 false prophets in a day-long mountaintop duel, then ran 16 miles, on supernatural strength, preceding the thundercloud that would end a 3 1/2-year drought.

Why, after such a dazzling display of God’s power, was he ready to throw in the mantle?

An evil queen threatened to kill him.

So why didn’t he trust God to take care of this situation, as he had all the other times?

Because Elijah was human. Because he was discouraged and depressed. The Mount Carmel victory wasn’t a shutout. Queen Jezebel, although she lost all her prophet puppets, still spewed evil from the throne. The source of the nation’s corruption was still alive and threatening.

Discouragement and depression can weaken the strongest – even those who count on God to provide victory against a world of sin. Elijah was in the midst of an effective, powerful ministry when he fled.

Perhaps he thought the Mount Carmel episode would put an end to the depravity that blighted Israel. Perhaps he thought he’d finally “arrived” – and was, by his own words, “better than my ancestors.” Perhaps he forgot that the miracles wrought and the triumphs won were not achieved through his own power. He was but a conduit of El Shaddai.

What he didn’t see was that his ministry wasn’t an end in itself – it was a link in a chain.

God, in His mercy and compassion, was gentle with his overwrought servant. First He sent an angel to nourish Elijah’s worn-out body. Then, after Elijah plodded hundreds of wilderness miles on foot, after 40 days and 40 nights with no food, as he huddled in a dark, damp cave on Mount Horeb, God asked him a simple question: “What are you doing here?”

The omniscient God didn’t ask because He needed an answer. When God asks a question, it’s because He wants to point something out to us.

Elijah had abandoned the ministry field and was in full retreat. Rather than chastise the discouraged prophet, God reminded him that, contrary to what he thought, he was not alone: 7,000 Israelites remained faithful.

“Go back,” God commanded Elijah. Then He gave him a vision for the future: two others would provide political leadership in the next generation, and Elijah would be given an assistant, a prophet-in-training to take over when the time came to pass on the mantle of ministry.

I, too, get so discouraged at times I want to quit – quit teaching Bible study, quit writing, quit the ministries God has called me to. I don’t see the results I expect for all my efforts, and it seems I’m expending precious time and energy for nothing.

Ministry is a heavy mantle, and God has called us all to be His ministers in one way or another (Matthew 25:35–40; 28:18–20). Times of deep discouragement and despair will come, and our wilderness caves invite us to retreat in self-imposed solitary confinement.

But the One who called us will not leave us there alone. He will nourish us, comfort us, encourage us, and, when we are ready, send us back to the ministry He has called us to.

Thank You, Lord, for the wilderness experiences that remind me that You and You alone are the source of the power I need to serve You. Amen.

Extra-tea: Read and meditate on 1 Kings 19