“I have had enough, LORD,” Elijah whined as he dropped under the broom tree, “Take my life; I am no better than my ancestors” (1 Kings 19:4).

What was it that reduced a powerful man of God to a sniveling wimp cowering in the caves of the Mid-Eastern wilderness? He’d just come off an astounding victory against 850 false prophets in a daylong mountaintop duel, then ran 16 miles, on supernatural strength, preceding the thundercloud that would end a three-and-a-half-year drought.

Why, after such a dazzling display of God’s power, was he ready to throw in the mantle?

An evil queen threatened to kill him.

So why didn’t he trust God to take care of this situation, as he had all the other times?

Because Elijah was human. Because he was discouraged and depressed. The Mount Carmel victory wasn’t a shutout. Queen Jezebel, although she lost all her prophet puppets, still spewed evil from the throne. The source of the nation’s corruption was still alive and threatening.

Discouragement and depression can weaken the strongest—even those who count on God to provide victory against a world of sin. Elijah was in the midst of an effective, powerful ministry when he fled.

Perhaps he thought the Mount Carmel episode would put an end to the depravity that blighted Israel. Perhaps he thought he’d finally “arrived”—and was, by his own words, “better than my ancestors.” Perhaps he forgot that the miracles wrought and the triumphs won were not achieved through his own power. He was but a conduit of El Shaddai.

What he didn’t see was that his ministry wasn’t an end in itself—it was a link in a chain.

God, in His mercy and compassion, was gentle with his overwrought servant. First He sent an angel to nourish Elijah’s worn-out body. Then, after Elijah plodded hundreds of wilderness miles on foot, after 40 days and 40 nights with no food, as he huddled in a dark, damp cave on Mount Horeb, God asked him a simple question: “What are you doing here?”

The omniscient God didn’t ask because He needed an answer. When God asks a question, it’s because He wants to point something out to us.

Elijah had abandoned the ministry field and was in full retreat. Rather than chastise the discouraged prophet, God reminded him that, contrary to what he thought, he was not alone: seven thousand Israelites remained faithful.

“Go back,” God commanded Elijah. Then He gave him a vision for the future: two others would provide political leadership in the next generation, and Elijah would be given an assistant, a prophet-in-training to take over when the time came to pass on the mantle of ministry.

I, too, can get so discouraged at times I want to quit— quit teaching Bible study, quit writing, quit the ministries God has called me to. I don’t see the results I expect for all my efforts, and it seems I’m expending precious time and energy for nothing.

Ministry is a heavy mantle, and God has called us all to be His ministers in one way or another (Matthew 25:35–40; 28:18–20). Times of deep discouragement and despair will come, and our wilderness caves invite us to retreat in self-imposed solitary confinement.

But the One who called us will not leave us there alone. He will nourish us, comfort us, encourage us, and, when we are ready, send us back to the ministry He has called us to.

Thank You, Lord, for the wilderness experiences that remind me that You and You alone are the source of the power I need to serve You. Amen. 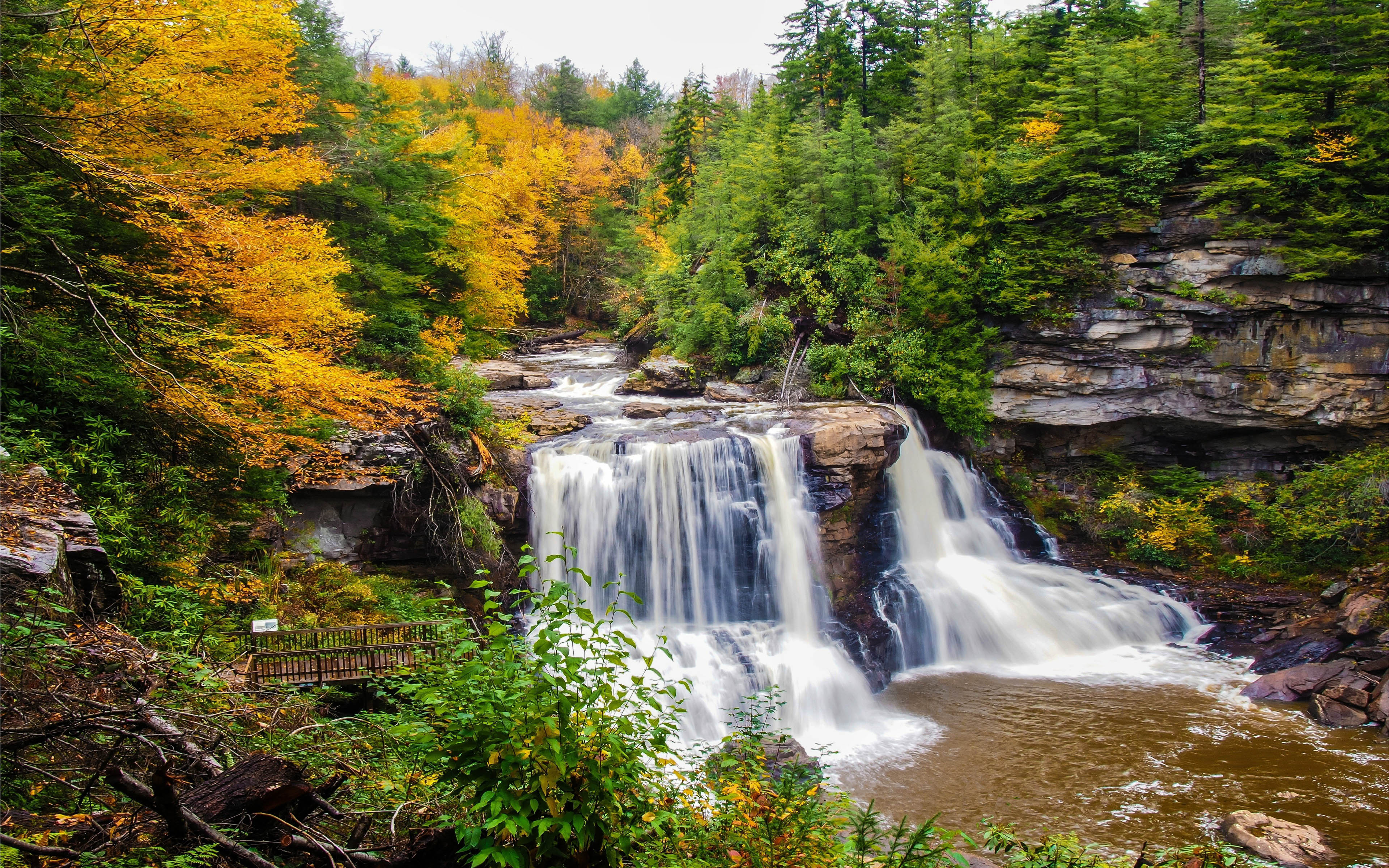 Have you ever heard of negative ions? Until a few years ago, I hadn’t.

I was reading in Leslie Sansone’s Walk Away the Pounds book when I came across the term.

“If you feel down or sluggish despite your new exercise program, the air might be your problem,” she writes. “Positive ions in the air, created by pollution, TV screens and computer monitors, and cars, cause fatigue, headaches, and other problems.”

I remembered how sick I felt when I taught in an old building on the main street of town, in a room with windows that opened up to truck exhaust that left a black sooty film on everything and caused my eyes to water and burn.

I read on: “Negative ions counteract this, improving mood, sleep, and energy.” Yep—just what I needed.

Where can negative ions be found? Waterfalls, pine forests, and the beach—in nature, away from the manmade.

I remembered how I fell in love with the mountains when my family vacationed in Cook Forest when I was nine years old, and then bought a small cabin not far from there. I always felt so much better at the cabin than back home in the steel-mill town where I grew up. That’s why I went to Clarion to college, and accepted my first teaching job in Punxsutawney. And why my husband and I built our home in the country.

According to WebMD, negative ions are “odorless, tasteless, invisible molecules that we inhale in abundance in certain environments,” where sunlight and moving air and water break apart the air molecules. Negatively charged ions are believed “to help alleviate depression, relieve stress, and boost daytime energy” by increasing oxygen flow to the brain, “resulting in higher alertness, decreased drowsiness, and more mental energy.”

“The more negatively charged ions there are in the blood, the more efficient the cell’s metabolism,” I read on another site.

All this—without popping a pill? Wow!

I thought of how good I’d been feeling, now that I’m retired. My country home is on top of a mountain, where pine trees surround me. I thought about how much less time I’ve been spending at the computer. I went from eight-plus hours a day to no more than four. Mostly because since my neck surgery in 2011, sitting too long at the computer (or anywhere) in a more-or-less fixed position, causes my neck and shoulder muscles to stiffen up and ache.

So, in addition to my in-home walking DVD, I added a 30-minute walk around our property, through the fields along the tree line and along a path through the woods. I felt better than I’d felt in years.

What an awesome discovery! But what is even more awesome is the God who planned and created it all for us—even the negative ions.

I’m reminded, O Lord, of Your love for me each time I step outside, watch the different birds at my birdfeeder, gaze at a breathtaking sunset, marvel at the beauty of a flower. Thank you for creating all this for me. Amen.

Read and reflect on Genesis 1.