One of our favorite movies is Beautiful Dreamer, the story of a World War II pilot who was shot down and captured by the enemy. He’d just married his childhood sweetheart when the Japanese attacked Pearl Harbor and catapulted the US into the war. Patriotism exploded throughout the country, and Joe enlisted. Every morning as his company of pilots prepared for the day, they recited Psalm 91 as a group.

That was the first time I really took more than a passing interest in this psalm. Since then, I’ve read it over and over, in different Bible translations. I even attempted to memorize it, repeating several verses at night as I lay in bed so it would be the last thing on my mind before I fell asleep. A lady I know recites it every morning.

In these uncertain times, with the COVID-19 pandemic spreading like wildfire and a roller coaster economy wreaking havoc around the globe, fear seems to be knocking on every door. I’m not going to tell you not to be afraid. None of us has ever experienced anything like this.

We have much to be concerned about, but we don’t have to let fear control us. As Paul wrote Timothy, “God has not given us a spirit of fear, but of power, and of love, and of a sound mind” (2 Timothy 1:7).

I still believe in an omniscient, sovereign God. He’s not lost control. I believe He is working through this crisis to draw people closer to Him, to open their eyes and hearts. I pray that many will come to saving faith and a deeper faith.

I still trust Him to provide for me. I’m not afraid I won’t have enough because His Word says that God will supply everything I need – and not sparingly but generously, “according to His riches in glory” (Philippians 4:19). I don’t have to stockpile for fear I won’t have what I need when I need it. Jesus told us to put God first and strive for the attitude and character of God and “all these things shall be added unto you” (Matthew 6:33). What things? Food, clothing, and, yes, even toilet paper.

I believe each day’s need will be met when it’s needed. Remember the Hebrews and the manna? God gave them just enough for each day, no more, no less. This same God will provide my daily bread.

“So don’t worry about tomorrow,” Jesus commands us, “for tomorrow will bring its own worries. Each day has enough trouble of its own. (Read Matthew 6:25–34.)

In these uncertain times, how can we keep fear at bay?

Trust Him. “When a train goes through a tunnel and it gets dark, you don’t throw away the ticket and jump off. You sit still and trust the engineer.” (Corrie ten Boom)

Use this sequestered time as a spiritual retreat. Read, meditate on, and study God’s Word. Read through the Psalms. Conduct a word study using a concordance. Start with the word trust and list verses that refer to trust. Write them out and read them frequently.

Or do a verse study, taking one verse apart. What does it say? What does it mean? What is God saying to you? How can you apply this to your life?

Keep a promise journal and list all the promises of God that you come across in your Bible reading and study.

Pray. Unceasingly. When you wake up through the night, banish worry with prayer. Prayer isn’t just a religious activity. It’s a relationship. (Henry Blackaby)

And finally, “never be afraid to trust an unknown future to a known God.” (Corrie ten Boom)

He who dwells in the shelter of the Most High will abide in the shadow of the Almighty. (Psalm 91:1)

Under Your wings, Lord, I find refuge from the fear that stalks my door. Thank you for being my shelter in this time of storm. Amen.

Read and reflect on Psalm 91. 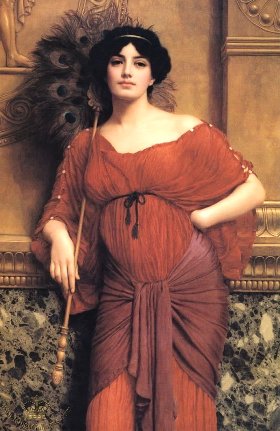